Press Releases
Yum China to Harness its 200 Million Loyalty Program Members to Boost its Signature One Yuan Donation Program
PDF Version
08/26/2019 at 5:00 AM EDT
The One Yuan Donation program enters its twelfth year and expands to cover thirteen provinces across China

, Aug. 26, 2019 /PRNewswire/ -- ("") (NYSE:YUMC) has announced the official launch of the 2019 Donation program. The annual national community campaign is taking place between August 10 and . During this period customers can donate in over 8,700 , , , East Dawning, and Little Sheep restaurants nationwide as well as through a number of online platforms.

founded the Donation program, its signature CSR program, in partnership with the (CFPA) in 2008. Every year, the program runs in restaurants across for up to 3 weeks, encouraging customers and employees to donate a single yuan to enrich the diets of children in impoverished regions. By the end of 2018, the campaign had raised over and provided more than 41.9 million nutritious meals to 618,000 students. Since its foundation, over 120 million customers have taken part in the campaign.

Despite the immense success of the Donation program, continually seeks to innovate and expand participation. Building on last year's initiative to increase the number of channels to donate to the Donation program, has now further expanded the ways in which customers can get involved with the launch of the V-Gold Donation Campaign. This year as an alternative to money, existing loyalty program members can donate their reward points (V Gold) through the and Pizza Hut APPs and the V Gold Mall mini program. For every 5,000 V Gold points members donate, they will receive one heart, and Yum China will donate for every heart gathered. This initiative will draw upon and over 200 million existing loyalty program members and channel their enthusiasm into generating a positive impact on society, consumers and the communities operates in. This year the campaign has also further expanded its reach by extending to include and Ningxia. The campaign now operates in thirteen provinces across , making it one of the largest public donation campaigns in in terms of geographic coverage. 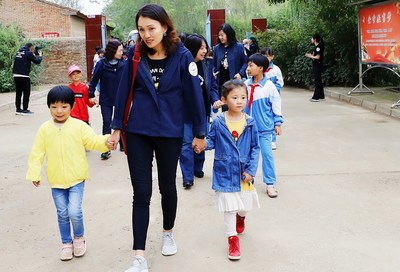 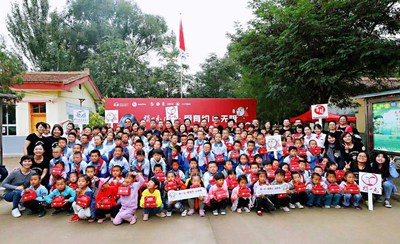 Another innovation this year is the launch of Donation promotional material, including images, comics and videos, featuring a program mascot, the " Man". At numerous offline events, Yum China will also distribute totes, T-shirts and other mementos that serve as reminders of the program and the loving moments it creates. 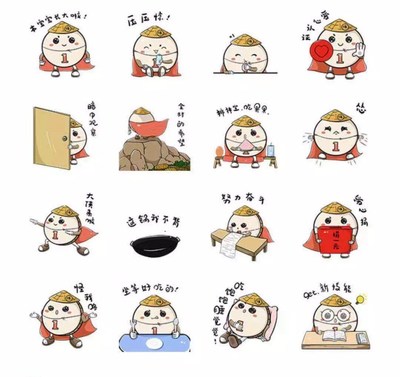 "The Donation program has entered its twelfth year, and so far the campaign has supported hundreds of thousands of children living in poverty to grow up with basic necessities like healthy and nutritious food. The campaign has also set up healthy and safe Modern Kitchens in more than 1,000 schools across the country," said , CEO of . "The Donation program not only enhances awareness of public donation among 460,000 employees, but also cultivates the public's willingness to participate in charitable initiatives. It also advocates the concept that anyone can make an impact on society, and together with supply chain partners and other NGOs, we are continuing to create opportunities for children to have access to a wide range of education programs to help them reach their full potential."

Since its foundation the Donation program has made a significant contribution to improving children's health in . According to a series of surveys conducted by the for Disease Control and Prevention (CDC), areas that have access to additional meals provided by the Donation program have also seen lower prevalence rates of underweight children, as well as children suffering from stunting, moderate and severe wasting and anemia.

As the Donation program enters its twelfth year, will continue to explore innovative ways to improve the campaign, and aims to inspire increased community engagement and participation, leading to a demonstrable impact on society and the communities operates in.

About the Donation Program

The Donation program is one of the earliest examples of a Corporate Social Responsibility (CSR) program in that advocates the concept that "anyone can make an impact on society." It has made a significant impact on the lives of millions of people, both those receiving and donating funds. In , the program was awarded the Best Community Program Award at the 10th annual Global CSR Summit.

As of the end of 2018, the Donation program had received more than 110 million donations and raised over , providing over 41.9 million nutritious meals and benefiting more than 618,000 children across . The Donation program has also helped to construct clean and energy-efficient "" equipment at 973 schools in impoverished communities across the country. In addition to providing nutritious meals, the Donation program also enhances children's understanding of health and nutrition by distributing pamphlets and books on topics related to nutrition education. This serves to strengthen children's understanding of the importance of maintaining a healthy, well-balanced diet, as well as shape the way their families think about food and eating habits. Support can also come in other forms, and in one elementary school in , recently installed a full computer suite. The program has also worked with NGOs to host coding classes in schools, equipping children with a useful life skill.

is a licensee of in mainland . It has exclusive rights in mainland to , leading quick-service restaurant brand, , the leading casual dining restaurant brand in , and , a -based restaurant chain serving innovative Mexican-inspired food. also owns the Little Sheep, East Dawning and COFFii & JOY concepts outright. The Company had more than 8,700 restaurants in over 1,300 cities at the end of . In 2019, was named to the Bloomberg Gender-Equality Index and was certified as a Top Employer 2019 in by the . For more information, please visit http://ir.yumchina.com.